When creating star systems for Traveller RPG, you may come across information such as O7V, G2V, A3Va, and so forth, when describing stars.  But what the heck does that mean?  I’ll attempt to explain.

Like many things in Traveller, it’s a code that can easily be read, if you know what it means.

Let’s take a look at our own sun’s Stellar Classification: G2V

The first two digits represent the spectral class (or color) and the Roman numeral at the end is the luminosity (or brightness).

Looking to the classification of Sol, we take the first 2 digits: G2

The first digit is a letter that represents the temperature of the star.

The higher the temperature, the more blue/white the star appears.

The lower the temperature the darker red the star appears.

There is not a full spectrum of star colors.  For instance, there are no green or purple stars; only red, orange, yellow, white, light blue, and blue. 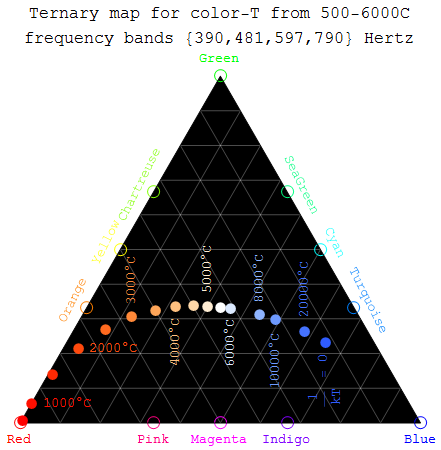 The second digit is a number from 0-9 presenting a range of temperatures within the Spectral Type from hottest to coolest, with 5 being midrange.

Star Spectral Type From Hottest to Coolest / Largest to Smallest

Stellar luminosity is expressed as a Roman numeral.

In order from brightest to dimmest:

You may also see fractions of the numeral one expressed as Ia, Iab, and Ib in order of brightness.

You might notice that brightness level 5 (V) is labeled “Main Sequence”.

This is because most stars fall into this category of brightness, regardless of their color.

So, getting back to Sol.  G2V means a Yellow sun approximately 80% of the way to pure yellow, near the bottom of the brightness scale, similar in brightness to most of the stars in the observable universe.

Why Does Stellar Classification Matter In My Game?

If you take the time to determine and record stellar classification, as the GM you can add the description into the environment of your game.

Your players could be exploring a planet with a bright blue sun, or maybe a dark red sun... and everything in between.

Use your newfound knowledge of star spectral types to amaze your friends!

Add in this detail to give your games that much more realism and sense of wonder as your players explore the cosmos.

Do you want to receive email notifications when we add new Traveller / sci-fi RPG content?

Join Us On Discord:
CyborgPrime Games on Discord

Help Support Us On Patreon:
CyborgPrime on Patreon